Jeff Brown has always been active. He’s a runner and the captain of his intramural adult soccer team. He has lifted weights since college. So when a high school knee injury returned during his late 20s, the 31-year-old was very disappointed to be sidelined.

Jeff had cartilage fragments in his knee. It caused pain when he ran or if he was on his feet for longer durations. His knee was “cleaned out” while he was in high school. However, years of activity caused the problem to redevelop.

Running and soccer were motivation to repair the cartilage in his right knee. But the biggest inspiration was the 2016 birth of his daughter, Rosalyn. “I wanted to be active with her,” Jeff said. “Having a small child around, you need to have mobility, to be able to bend your knee, get down on their level and crawl around. Knowing that I had a daughter on the way, I always tried to push myself at physical therapy.”

Jeff is looking forward to teaching his daughter soccer, and taking her to parks and playgrounds in St. Louis County. He also returned to the local 5K run circuit. Shortly before his knee injury, Jeff finished second in his age group at a winter series of 5Ks in St. Louis. “I thought that was pretty neat,” he said. “But I couldn’t compete for the next two years.”

Jeff is also planning to write his donor family. “I would like to get ahold of the family that donated the tissue so I can let them know how they’ve impacted my life,” he said. “Thank you for giving me my mobility back.” 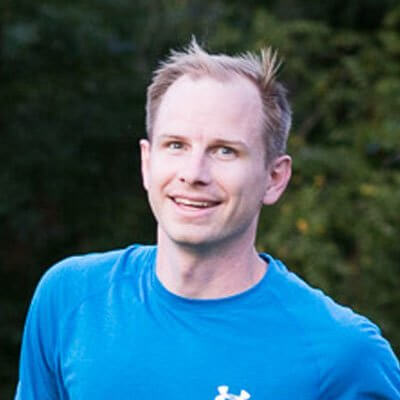 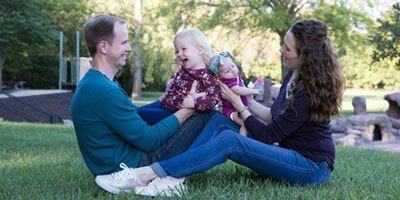